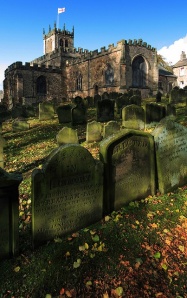 I managed to get hold of Little Willie on several occasions, and turned up gold. A shattered piece of prototype space rocket, with not only the Virgin insignia on it, but blood that just must be mum’s. It is at a private forensic laboratory now along with her feet that I found at the crash site, and some of mum’s hair from home. It was checked for DNA and matched. Sadly though it will not be enough!

The insurance company will not accept that as ‘definitive proof,’ their words not mine, of Brenda’s death. I need another plan! In fact, I need a miracle.

Oh how the sweetness of your breath, fills every recess and crevice of my nest.

I long for the night that you do succumb, to the rhythm of my desire as my love does run.

(Useless, isn’t he. It gets worse)

Fill my heart with your love. I’ll send this message tied to a dove……

(Feel pity for me, please. I have to copy this rubbish)

There has been a great deal going on here in the past few weeks that have disturbed me, Tracey. Little Willie has constructed a direct passage from the cemetery into the basement, with the help of that roofing inspector chappie, and some objects have been removed! I asked them what they were doing, but was only told that odd pieces of metal may have fallen from the building, becoming lodged in the dungeons at sometime. Somewhat queer, don’t you think.

On reflection that could be the cause of the rattling, chain like, noises I hear. I do sincerely hope that is true, as I would hate it if you were woken needlessly, after we marry, from the blissful sleep you no doubt will find.

The smell of rotting leeks has returned, to be joined by the sound of wailing and hammering type noises. I am baffled by it all. If I had never rubbed that jar of Branson pickles of yours and met Dickie, the genie, then I would never believe in spirits and ghosts.

I’m of the opinion that there is indeed a ghost in this there Castle!

Little Willie has risen to the occasion. I figured that if mum was able to communicate with me, telling of the events directly before her death, then I could present that to the insurance company. I left a note to that effect, along with her favourite leeks, whilst Little Willie left a hammer and chisel. Mum must now chisel her message into stone, which I will take a photo of, presenting it as proof.

I have found the ghost of…..Brenda! She crashed aboard a Virgin moon rocket a few days before I bought Castle Barnard…. What a coincidence, eh!

The hammering noise was atrocious last night, so I went to investigate. As I turned a corner, down in the dungeons, I saw a hammer hitting a chisel and writing something in one of the pillars. I shouted out and approach slowly, but as I did so both the hammer and chisel fell to the floor. The place then filled with a freezing mist that swirled around, for a second or two, then disappeared through me!

I went blue with cold. I was completely numb, but luckily the sensation soon passed and I was able to move. I read the message, Tracey. Please be seated before you read on. You will be amazed at the revelation that I found! This was the carved message:

Myrtle, when I escaped from that military prison I made it as far as the Virgin rocket site, about five miles away. There was no plan. My only thoughts were of you, and the Queen’s throne of Wales. I was trying to work out how to fly their moon shuttle when the manacles, they had around my feet and hands, tangled with an outside rocket booster. The balance was wrong, and I had no control. I crashed here minutes after takeoff. If it’s any consolation I felt nothing, only an insatiable appetite. Thank you for the leeks and I’m sorry that you have lost your dad as well as me, your mother. Good luck with the insurance money, but I doubt they will believe all this.

In ghostly form; Queen Of The Welsh.

The roofing man is not a man but Myrtle in disguise. What can I do? Spot urgently needs HELP.

Will the insurance company be reasonable

Or will she flee?

Will the marriage go on as planned,

Or will there never be those wedding bands?

Will Myrtle get the money,

Or will it slip through her hands?

Daniel Kemp’s introduction to the world of espionage and mystery happened at an early age when his father was employed by the War Office in Whitehall, London, at the end of WWII. However, it wasn’t until after his father died that he showed any interest in anything other than himself! On leaving academia he took on many roles in his working life: a London police officer, mini-cab business owner, pub tenant and licensed London taxi driver, but never did he plan to become a writer. Nevertheless, after a road traffic accident left him suffering from PTSD and effectively—out of paid work for four years, he wrote and self-published his first novel —The Desolate Garden. Within three months of publication, that book was under a paid option to become a $30 million film. The option lasted for five years until distribution became an insurmountable problem for the production company. All seven of his novels are now published by Creativia with the seventh—The Widow’s Son, completing a three book series alongside: What Happened In Vienna, Jack? and Once I Was A Soldier. Under the Creativia publishing banner, The Desolate Garden went on to become a bestselling novel in World and Russian Literature in 2017. The following year, in May 2018, his book What Happened In Vienna, Jack? was a number one bestseller on four separate Amazon sites: America, UK, Canada, and Australia.  Although it's true to say that he mainly concentrates on what he knows most about; murders laced by the mystery involving spies, his diverse experience of life shows in the short stories he writes, namely: Why? A Complicated Love, and the intriguing story titled The Story That Had No Beginning. He is the recipient of rave reviews from a prestigious Manhattan publication and described as—the new Graham Green—by a highly placed employee of Waterstones Books, for whom he did a countrywide tour of book signing events. He has also appeared on 'live' television in the UK publicising that first novel of his. He continues to write novels, poetry and the occasional quote; this one is taken from the beginning of Once I Was A Soldier There is no morality to be found in evil. But to recognise that which is truly evil one must forget the rules of morality.
View all posts by Daniel Kemp →
This entry was posted in Author/Writer, Raconteur and tagged Aunt Alice, BBC, Castle Barnard, Danny Kemp, London, Phyllis The Pigeon, Spot, Tracey Edges, Writing. Bookmark the permalink.