#Bookreview – A Shudder from Heaven by Danny Kemp

A very kind and unexpected review of a novella of mine. Thank you once again, Robbie 🙂 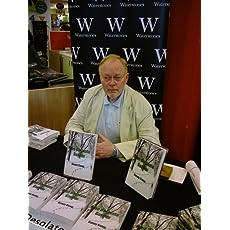 A Shudder From Heaven is a story of two Spanish Catholic priests, one a Cardinal and the other a novice Jesuit who both commit suicide because of the actions a young, ambitious Italian girl. Teresa Ramos, the mother of the novice priest and sister to the Cardinal, herself a devout believer in God, must search her conscience in order to seek retribution.

A Shudder From Heaven is an unusual and enthralling book. Therese is a woman satisfied with her life. Her husband has passed away and she seeks happiness and fulfillment through her family and strong religious faith. She is proud of her brother, a cardinal in the Catholic Church, and her only son who is studying to be a Jesuit Priest. The circumstances of life are not, however, always what they appear to be and Therese comes to realise that faith can be sorely…