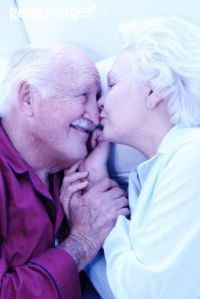 Hector and Helen were reclining on the bed, the night preceding their fiftieth wedding anniversary.

They were not tired, having had an afternoon nap which was another shared habit. They were set in their ways and comfortable with each other.

The years had been kind to them both, blessing them with three children and now four grandchildren all of whom were well and prospering nicely, never burdening the pair with too many problems. Life was rosy, an onlooker would say, but there was a worry on Hector’s mind, and it needed airing.

Without preamble or warning, he broached the subject with his wife.

“Helen, there has been something on my mind for quite some time, and I would greatly appreciate an honest answer to a question of mine.” He was, by vocation, a poet and a painter and those skills were predominant in all his conversation and mode in life; it had rhythm, depth and colour.

At the beginning of their relationship, these innate subtleties had been what had caught and attracted Helen to his side. Those early days, however, had not been easy financially on either of them, but thankfully his talent had been eventually recognized and her part-time job as a secretary had long disappeared, allowing her plenty of free time.

Where Hector had retained his athletic build over the years by firm application of a strict diet and exercise regime, Helen had drifted from a petite alluring woman into a wholesome hearty soul, voluptuous and comely. Where once, perhaps, was modesty and shyness, now there was assertiveness and confidence. She lay with her eyes closed, slightly unsettled by her husband’s remark.

“What is my dear?’ she asked in a concerned tone raising herself and resting her head on a bent left arm. He remained in a prone position eye fixed on the ceiling.

“I want an honest answer, of that I must insist. I beg you not to try to get out of it, or in any way resist.” He was interrupted before he could finish.

“Oh dear, this does sound important. Please ask away.” He frowned, disapprovingly, which did not go unnoticed by his wife.

“I want to know if you have been unfaithful to me during these years that we have been together Helen. Do not prevaricate, and worry not about any tears that your disclosure may bring to the canvas that is my face. I will be brave and confront the disgrace.”

“Hmm,” she replied thoughtfully, adding quickly, “I’m surprised that you ask, and upset by what you refer to as a disgrace. However, I have been, as you call it; unfaithful.”

A glistening in Hector’s eye could now be seen, but courage and tenacity fought back, quickly regaining his composure. “Tell me my love, and tell it true, nothing else from you will do.” He had lost some of the previous bravado and now a degree of brevity had replaced his poetic prose.

“The first time was shortly after we were married.” She confessed, pausing to reflect on the tear forming in the corner of her husband’s right eye. “We were in trouble with the mortgage if you can remember back to those far distant days. It was before your first exhibition at the Royal Institute. The bank had rung and threaten closure with repossession of our home.” He nodded, adding quietly “go on.” (Sometimes he thought before he spoke)

Helen sighed deeply and swallowed hard. “The next day the bank manager telephoned and spoke to you if you recall.” It was, of course, a rhetorical question and as such no need of a pause. “He gave you an extension, but never offered a reason. You were surprised, and yet so relieved that it was a joy to see. It made what I did; justified, I guess. At least in my own mind. That was my first act of unfaithfulness.”

“There was another time Helen, but why? In a way I’m grateful about the bank but why another?” The tear had disappeared, leaving a deep, disturbing sadness existing in his heart. His poetic phrases had abandoned him. Now only an emptiness in his stomach and soul prevailed. He sat upright, staring into the brown vacant eyes of his wife.

“There was Hector, but must I go on and bring misery into this house?”

“Yes, again I must insist. Tell me the truth and don’t save my blushes, don’t paint the story with colored brushes.” (He couldn’t stop himself. Once a poet always a poet as they say)

“It was a few months after the bank incident. You were ill in 1976, the February, it was so cold. You had that terrible chest infection with heart complications and we had no money for the operation that was so desperately needed. You nearly died Hector. How do you think you got that operation the next day? Did you not notice the smile on the surgeon’s face?”

“Come to think about it, I do. That was your doing then Helen?” he said loudly. “You sacrificed yourself to save my life? What can I say? I was in a false paradise, now I am lost. I should be the one paying the great cost, instead of which I sit here and judge. How could I ever hold against you such a grudge?” (Shame really, wasn’t it?) Full of remorse and almost being sick of his own verbosity, he lent across to take hold of his wife and caress away her guilt. But she halted him.

“Before you fully forgive me, there was another time.” Her eyes never faltered, never averting her gaze. To Hector, his wife’s virtue was solid and still intact and he could accept whatever the reason that had led to her waywardness, after all, he silently mused ‘it must have been done for my benefit.’ He rose to the occasion. (Not literally, he was still sitting. Don’t get too far in front of me please)

“Oh Helen, oh Helen I love you so much, that nothing you’ve done that could ever touch or damage the thread that holds us so dear. Speak on my love, do not fear.” (I should explain at this stage that Hector was never paid for any poem that he wrote, and he did write thousands the poor chap)

“Well, this is a bit delicate Hector. First, you must understand that all I’ve ever done was to put your interests before my own. You do understand that don’t you?” With a grave voice, she asked. He nodded his head in agreement with great enthusiasm sure in the knowledge that it must have been an act of pure unselfishness and self-sacrifice on the altar of love. She breathed deeply before beginning her final revelation.

“It concerns your love of golf Hector. I just knew that once you had started, it would bring you so much happiness and delight that your paintings would radiate with great conviction and power, as they do my love! It has been noted and spoke of. You yourself have remarked just how more refined and colourful they are.” He was like a nodding toy dog on the back shelf of a car.

“You see, I opened your application when it came back from the Golf Club. I just couldn’t wait to break the good news to you. You do so enjoy it there Hector don’t you?” Another nod accompanied by: “Most certainly I do my love, do carry on. What has that returned letter to do with anything?” He was nearing a climatic explosion.

He didn’t have to wait long…..

“It had one hundred and sixty-three signatures added to the rejection column Hector.”