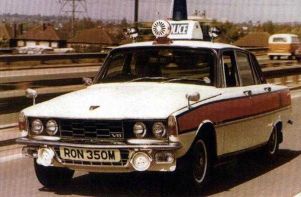 From my days as a Police Officer.

I was the radio operator in the Police Area Car (fast response) one quiet Sunday winter’s night when by 3am the driver decided he needed forty winks. He parked the V8 Rover 3500 between two blocks of apartments, in a cul-de-sac, overlooking Greenwich Park and off he dozed.

For a while I managed to stay awake, but perhaps owing to the boredom, or the warmth of the car, I too soon drifted off to sleep. I’m not sure if it was a noise of something or my conscience that woke me, but as I did my hand inadvertently hit the siren button.

I’ve never to this day heard such a loud din as the emergency Klaxons reverberating around that confined space, and nor have I seen such surprise register on anyone face as was there on my driver’s! If anyone reading this was living in those apartments, on that Monday morning almost forty years ago, then please accept my apologies.