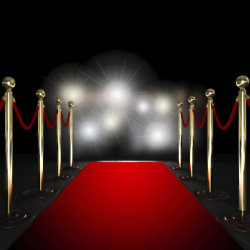 I wanna be rich, I wanna be famous, the cream of the crop;

Immerse myself in imagination, drown in illusion;

dance deliriously and deftly, let myself drift in delusion.

I wanna be loved and adored; be incredibly wise.

The wealth of the net is at my finger tips, it is essential;

I wanna strut the stage, to thunderous applause;

bow, begin, ne’er to stop (will this moment last forever?).

Stay away from mirrors, they’re a curse;

tell the truth, and even worse.

I wanna be rich, I wanna be famous; the cream of the crop;

not the milk (nutritious as it might be), the stuff that floats to the top.

Dressed in stolen robes, illusion and delusion are my friends,

with them at my side, the mimicry will never end.