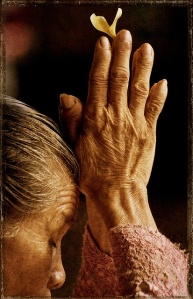 We, as humans, I’m including myself in that collective plural although I can understand why some may think differently of me, are the only living form on this planet that can reason, understand a point of view held by others, form opinions and think for ourselves.

One thing we do a lot of, is aspire to change our personal living conditions and improve our status and influence. In other words we would like to be better regarded, respected and liked; or noticed. However, from the first stage of becoming cognisant of boundaries, and our personal limitations, we realise that life is not balanced nor fair. Regardless of this stated fact, we plough on in our quest to change our lot!

Is this, as Mr Spock, the science officer aboard the starship Enterprise, would say; an extension of the debilitating characteristics that prevent us become rational or, as I would suggest; an innate quality that stops us becoming animals?

There is however, a third hypothesis. Some ‘humans’ are so egotistical that they make the animal kingdom look tame!

It does not matter what amount of effort you, as a person, put into to the act of existing, and living a rewarding life, something beyond your comprehension can diminish your endeavours in one blow. Some call this fate or destiny. Whatever you call it, it’s there!

How many times, in an average human lifespan, will the hackneyed expression of “ why did this happen to me,” in its negative form, be used? Yet without the tenacity and strength that enables more attempts to be made, very few great achievements would have come about.

Here I would mention a fault in the human chromosome that Darwinians neglect in their explanation of his unfinished Origin Of The Species, but I’m sure he would have done. The case to be made on the inclusion of fools! No matter how far culture advances, some animals, in human disguise, will remain wild and untamed. These are throw backs to a jungle environment where civilisation, and the supposed miraculous process of evolution, never materialised. There are still mutants in society that have not transmuted.

As I have previously inferred that fate plays its hand when we least expect it to, it often arrives at the same time as we, I’m still using the plural but soon I will place myself in the singular, reach for a universal solution to our woes. This can be when war rages and death is the given answer. Down through centuries the aspirations of one nation over another, or people, have arrived because of fear, or the possession of some asset that is looked upon enviously. I would include intellect amongst the many assets that are envied.

Some alleged humans were evil, Hitler being the primary example. Others slow in transmutation, using lies and misinformation to hide their lack of judicious reasoning. The politician that feebly follows popular opinion, reacting to it rather than initiating debate, is a prime example. In Great Britain we had one not so long ago, who then quickly found Christianity as his vindication, whereas the truth lay in the iniquitous worship of power.

He was democratically elected into office because the majority that voted were unhappy with their lot! Hitler was adhered to through fear, and the dissatisfaction of Germany’s treatment at the end of the first World War. They wanted to change their lot, but without democracy left it to force. Are the insurrections in the Middle East due to their introduction to democracy, or the dissatisfaction with their fate in its hands?

Do we think for ourselves, or blindly follow pre-transmuted humans who cannot reason?

I have read that times are changing. No longer does the present younger generation believe in the left-wing principles of righteousness in poverty, nor the morality of sacrifice. The adherence to polytechnic theories of a sheltered life, where no mistakes are made, are being replaced by more risks being accepted as the way forward for humanity. In my opinion this change is to be welcomed and praised. Without risk, progress in all forms of the understanding of another’s views will never happen, nor will the discoveries that benefit all.

As the theory of evolution is based squarely on the assumption that a forward thinking amoeba crawled from a pond because it wanted to transmute into a frog, is the changing perception of human values the start of humans transmuting into another breed? Or, is it fate decreeing that at last reasoning will play a hand in the human destiny?

One of our greatest gift as humans is our ability to reason that fate is not an enemy, it is an addition to life, and the challenge it presents should be embraced. Fate, destiny, whatever its name, requires some degree of change. Maybe that change will be massive. The acceptance of peace, and regard for others won’t happen, if the continuing self-interest of politicians, driven by business affiliations, are followed. Perhaps, it will be small. A change in the opinion that the blind acceptance of democracy must follow a popular opinion. The contrary is true, democracy demands questioning.

One day, perhaps, a Vulcan will be able to exchange rational views with the descendants of a human race. A shared meeting, where Pericles can attend, and explain his own transmutation process to the exceptionally enquiring mind of Darwin and the answer to the question of why humans lasted so long, answered.

Danny Kemp, with a singular spirit, and maybe puerile ideals.

Daniel Kemp’s introduction to the world of espionage and mystery happened at an early age when his father was employed by the War Office in Whitehall, London, at the end of WWII. However, it wasn’t until after his father died that he showed any interest in anything other than himself! On leaving academia he took on many roles in his working life: a London police officer, mini-cab business owner, pub tenant and licensed London taxi driver, but never did he plan to become a writer. Nevertheless, after a road traffic accident left him suffering from PTSD and effectively—out of paid work for four years, he wrote and self-published his first novel —The Desolate Garden. Within three months of publication, that book was under a paid option to become a $30 million film. The option lasted for five years until distribution became an insurmountable problem for the production company. All seven of his novels are now published by Creativia with the seventh—The Widow’s Son, completing a three book series alongside: What Happened In Vienna, Jack? and Once I Was A Soldier. Under the Creativia publishing banner, The Desolate Garden went on to become a bestselling novel in World and Russian Literature in 2017. The following year, in May 2018, his book What Happened In Vienna, Jack? was a number one bestseller on four separate Amazon sites: America, UK, Canada, and Australia.  Although it's true to say that he mainly concentrates on what he knows most about; murders laced by the mystery involving spies, his diverse experience of life shows in the short stories he writes, namely: Why? A Complicated Love, and the intriguing story titled The Story That Had No Beginning. He is the recipient of rave reviews from a prestigious Manhattan publication and described as—the new Graham Green—by a highly placed employee of Waterstones Books, for whom he did a countrywide tour of book signing events. He has also appeared on 'live' television in the UK publicising that first novel of his. He continues to write novels, poetry and the occasional quote; this one is taken from the beginning of Once I Was A Soldier There is no morality to be found in evil. But to recognise that which is truly evil one must forget the rules of morality.
View all posts by Daniel Kemp →
This entry was posted in Author/Writer, Raconteur and tagged culture, darwin, http://www-thedesolategarden-com.co.uk/, humans, intellect, life, London, opinions, thought, transmutation. Bookmark the permalink.

9 Responses to The Human Race