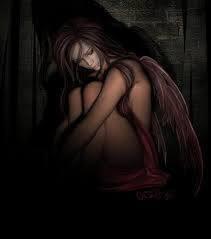 A daughter, a sister, a mother, a wife
This is me and this is my life.
Honour of families, on my shoulders rest
I can never falter, I have to be the best.

My sleep is not mine, my days can not be
No dreams for my heart, no dreams I can see
You own my body, you own my heart
Who knows my soul is some other soul’s part

You hug me as and when you like, and crush me as you wish
You spit on me when you feel like and when you wish, you kiss
I dance around the way you want, I serve you with my heart
you play with me, you break me up, you tear me all apart.

I wish I were a little bug and could hide in a flower’s core
I wish I could just stop to be, and wish not to see more.
You, who own, and you, who love, both of you can rejoice
I cut my tongue, now no words come, you will hear no voice

What did I wish, what did I dream, a kingdom? Heaven? Sky?
Just a wish to live a little dream, just a hope to heave a sigh
But you own my lungs, you own my breath, my tears and my smiles
I drag my life, I have to live, long years and longer miles.