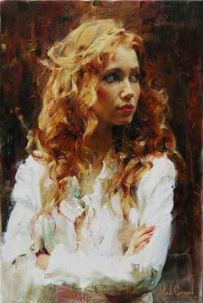 I had played with love when not prepared
But luck was mine and I was spared.
Until a time when love did reach
Beyond the walls and my heart was breached.

2 Responses to When Young