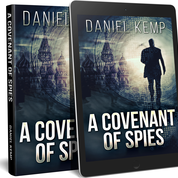 A Covenant of Spies is the Featured Book of the Moment Club selection on this link.

Great story. Great writing. Here is the link for your social media:

4 Responses to A Featured Book