The Words Of Love 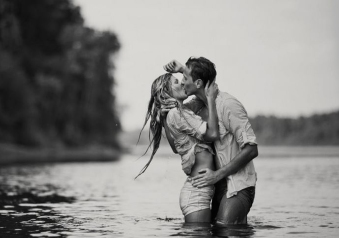 Speaks softly the voice of love as it whispers on the breeze,
As it beats at your heart as if it rustles through the leaves.
Your senses come alive, in a way you’ve never known,
As the words carried on that breeze begin to find a home.

The breeze grows stronger, there’s no shelter to be found.
As all reason deserts, as you’re deafened by the sound.
Your body aches with every breath that you breathe,
As the wind is so strong you have no choice but believe.

Your life has changed, you’re no longer on your own,
As the gale subsides, its seed having been sown.
The breeze has now gone, its purpose has been fulfilled,
As precious words of love into your heart are instilled.

2 Responses to The Words Of Love