A TEASER FOR YOU. 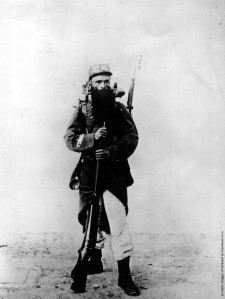 I wanted to join the Foreign Legion, disappearing out of sight,But my wife won’t let me, she says she needs me here tonight.There’s a horror film on tele, and she wants me to hold her hand.I emailed the base commander, hoping he would understand.But it’s too late, I’d signed the documents just the other day.He’s sent the French army to collect me. They’re on their b…..y way!

What can I do, where can I hide? My wife will be frightened I’m sure!
Perhaps to the hospital she can take me, if she breaks my jaw.

What do you think? Have you any advice, for such a poor wretch as I?
If you do then post it here, in rhyme if you would care to try

1 Response to A TEASER FOR YOU.